In the Kitchen With Ayşe

This is the first in my new “In the Kitchen” series. With “In the Kitchen”, my aim is to observe home cooks in action as they prepare a signature vegan dish from their culinary culture. I’ll begin with the beautiful Ayşe preparing a traditional Turkish dish called kısır, which is a bulgur and veggie salad flavored with salça and nar ekşisi, two staples of the Turkish pantry. 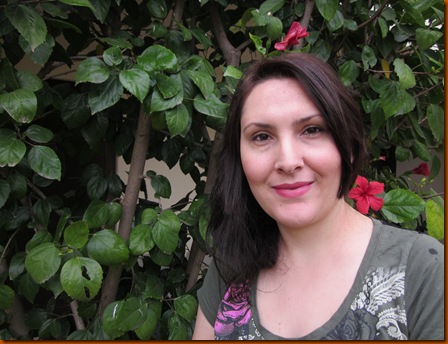 I still remember clearly the first time I ate kısır. My brother and his wife, Ayşe, had just moved to the States from where he was stationed in Turkey and it was my first time visiting them in their new home. Ayşe asked if I would like to try a dish she often made back home called kısır. She assured me it was vegan, so of course I was game. I watched as she chopped up veggies, steamed and seasoned bulgur, then combined them all in the largest bowl they had. The bulgur took on a beautiful reddish hue, speckled through with bits of green. The flavor was like nothing I had ever tasted before and I kept going back for bowl after heaping bowl.

Now, just about every time I visit them, I ask Ayşe if we can make kısır together. The truth is that no one makes it like she does—it just never tastes as good!

She graciously agreed to let me into her kitchen to watch and document how she makes this delicious Turkish dish. 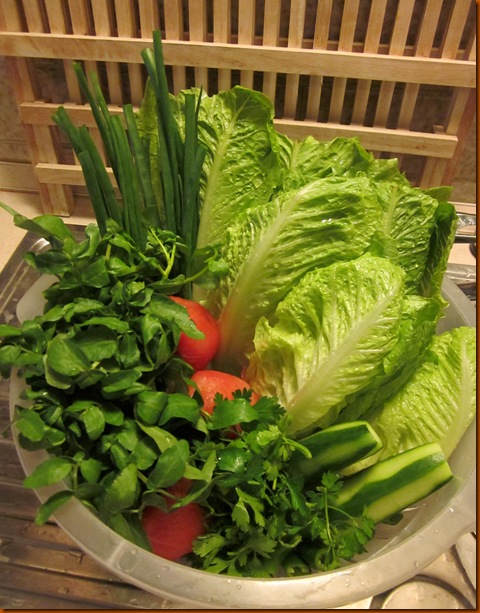 First, Ayşe steams the fine bulgur by pouring boiling water over it then covering the bowl with a kitchen towel. The bulgur will plump and soften as it absorbs the hot water. Next, she carefully washes the veggies. She thoroughly washes the parsley and lettuce with some water and vinegar, peels the tomatoes, half-peels the cucumber so it has alternating stripes of light and dark green, then washes and chops the green peppers and the green onions.

Now, Ayşe has told me that every cook makes kısır differently. Some add minced garlic, purple cabbage. Some even add sauteed white onions. The only constants in kısır tend to be the green onions, parsley, tomatoes, and green peppers. Even the quantity of each is a matter of taste and preference. 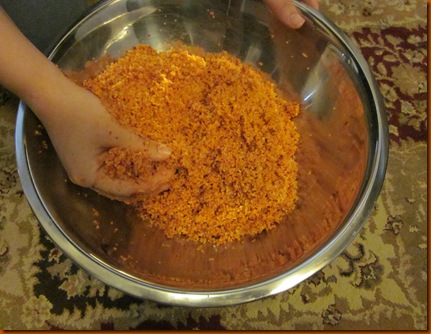 The next step is to season the steamed bulgur. This is the crucial step with gives kısır its unique and uniquely Turkish flavor. For this, Ayşe uses homemade (never store-bought) salca, nar eksisi, and oil. She seasons by sight and taste. When I asked how much salca to use, she said that she uses enough to turn the bulgur the perfect shade of red. As for how much oil, she uses just enough to make each grain of bulgur shiny.

Salca is an intensely flavored sundried red pepper paste. In the village where Ayşe’s family lives, women work together once a year to make this essential item in the Turkish pantry. In groups of ten or more, starting with about 100 kilos of sweet, long red peppers, the women remove the stems, deseed, and chop each pepper. Then a man comes by whose one job during this time of year is to grind the prepared peppers into a paste with a special machine. This paste is then sprinkled with salt, spread thinly, and left to dry in the sun for a few days. For these few days, every balcony, every suitable surface in the village is used for drying the red pepper paste. After the paste has dried, it is once again passed through the special grinding machine to make an even finer paste. This salca will be used throughout the rest of the year, and with a little oil and onions, will form the base for almost every dish.

Nar eksisi is another common ingredient in the Turkish kitchen. It is made from pomegranate juice which has been boiled for hours and hours, if not days, until it reaches a thick, syrupy consistency. It has a pleasant sourness which is often used in salads in addition to, or as a replacement for, lemon juice. 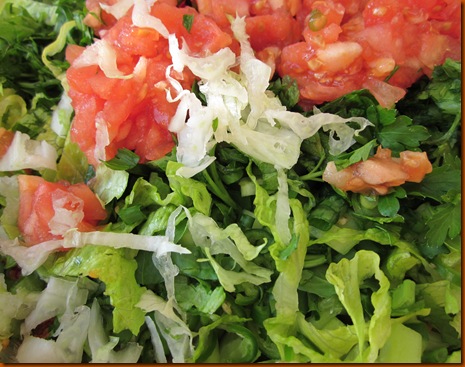 After seasoning the bulgur,  Ayşe adds the finely chopped veggies, mixes everything together, and checks the flavor. Does the kısır need more oil? Does it need salt? (Because salca contains differing amounts of salt, a taste test is necessary.) At this point, if she wants to add some heat, Ayşe sometimes sprinkles some spicy red pepper flakes into the kısır.

Kısır can be eaten as is, but is often scooped into lettuce leaves and eaten with pickled spicy green peppers. As they say in Turkey at every meal, Afiyet Olsun! May it bring you health! 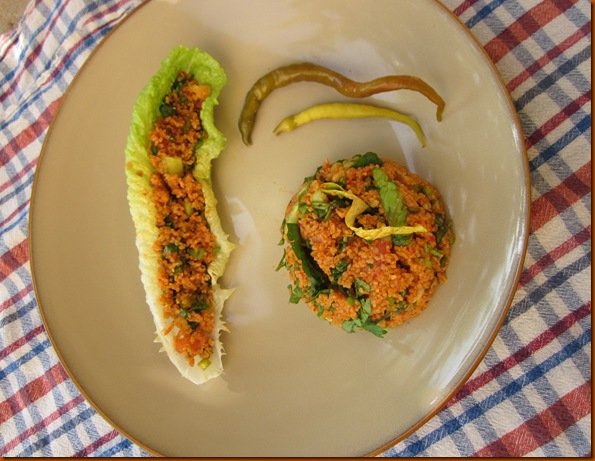 Email ThisBlogThis!Share to TwitterShare to FacebookShare to Pinterest
Labels: food, in the kitchen, turkey