Side Effects of Decreased Smoking 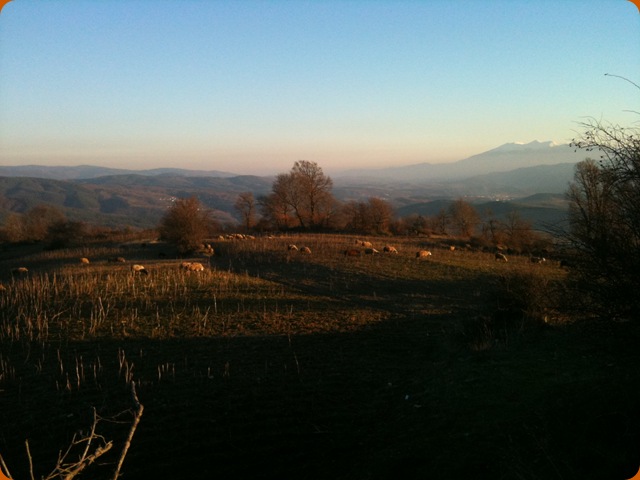 Sheep graze in the empty tobacco fields near Krushevo.

There are two main sources of income in Krushevo—fashioning tiles out of the local stone and tobacco farming. As it is all over the world, the latter enterprise is really suffering. Fortunately for the health of everyone, smoking is on the decline, but unfortunately for our tobacco farmers in Krushevo, this means a decrease in demand.

In the past, the Bulgarian government has subsidized tobacco so farmers could continue to make a decent living. But this year the government stopped providing that subsidy. So even last year, many farmers received 8 or 9 Leva per kilo of dried tobacco leaves while this year their compensation has dropped to 3 Leva per kilo. I'm sure I don't need to point out that that is a massive difference.

For many villagers in Krushevo, and likely in towns and villages all over Bulgaria, tobacco farmer has been the primary source of income for years, indeed many people don't know any other way to make money. But with the lack of government subsidy, clearly this will need to change. 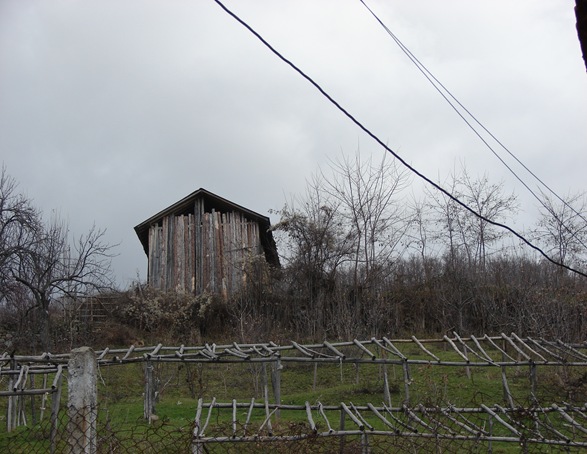 These open sheds are drying racks for the harvested tobacco.

This long-winded introduction is all a prelude to the events of today. We drove a few of the villagers into the nearest town, Gotse Delchev, where they and a few thousand other tobacco farmers shut down a major highway as they marched in protest. 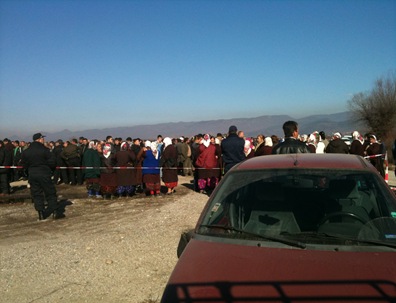 It was a stirring sight to see so many men in their drab black and navy blue tracksuits and women in their floral trousers and headscarves gathering and marching together in peace and solemnity, yet I couldn't help but wonder what exactly they hoped to accomplish? Renewed subsidies at the expense of the government and, by extension, the Bulgarian people? What, specifically, were they protesting? A worldwide decline in demand for their tobacco? I'm not sure that trend is going to change. So while my emotions were high as I watched thousands of people struggle against tough economic changes, I couldn't help but feel pessimistic about their chances. As the Chinese proverb says, only the most adaptable survive. 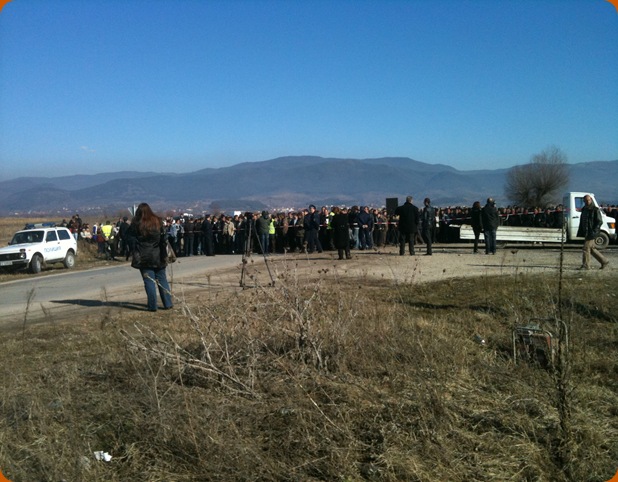 For a bit more information on this protest, check this link.

Email ThisBlogThis!Share to TwitterShare to FacebookShare to Pinterest
Labels: bulgaria