Preserving Food for Winter in Bulgaria 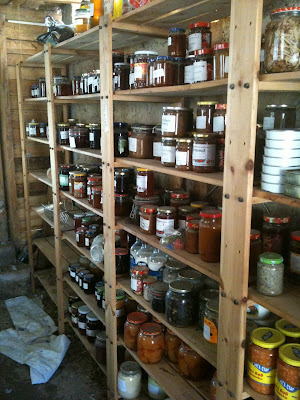 Though I've been away from the U.S. for over two years now (seems infinitely longer and simultaneously shorter. You know what I'm sayin') I still like to keep my finger on the pulse of some American trends. Maybe that's not quite accurate. Might be better to say I occasionally take a peek (“cop a squiz” as an Aussie friend says. Am I getting that right?) at the finger that is on the pulse. Anyhow, what I'm saying is that I get it. Cupcakes are out. Pie is in. I get it.

Besides the trendiness of baked goods, I've also noticed a trend toward canning, pickling, and fermenting. I suppose this was a natural progression from eating more locally considering that many parts of the U.S. do not have access to much that's fresh during the winter months. So now those trendy folks are doing what their grandmothers likely did: canning and preserving.

Yes, yes Sarah. But how does this belong in a your travel blog? Well it happens that I first became more closely acquainted with pickling and canning right here in eastern Europe when I stayed with a Romanian man in Bucharest and helped him prepare his giant containers of pickles for the winter. I also helped him eat up some of his sour cherry preserves—a tough task.

Now I find myself in the mountains of southern Bulgaria, a region that enjoys its sauerkraut, pickled peppers, preserved plums, and lutinitsa (a smoky pepper and tomato spread). Though I'm staying with and volunteering for a transplanted British couple, Lily and Yan, Lily is a prolific canner, preserver, and pickler so I'm still able to take part in this tradition, albeit through an English lens. This means the emphasis is off sauerkraut and more on marmalades and jams.

Let me give you a tour through Lily's pantry. 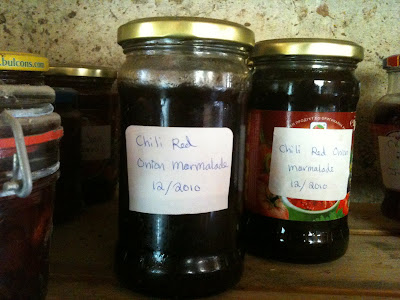 Recognize my handwriting? This is a beautiful chili red onion marmalade that I helped make shortly before Christmas. You can't see it from here, but it has the most beautiful pinkish red hue. 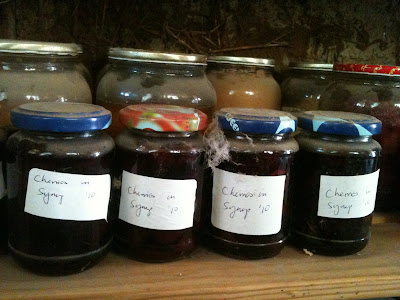 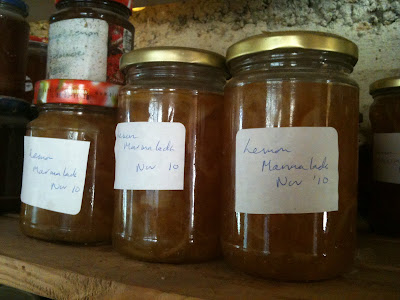 The obligatory shelf of marmalades, including lemon, orange, grapefruit, and mixed. 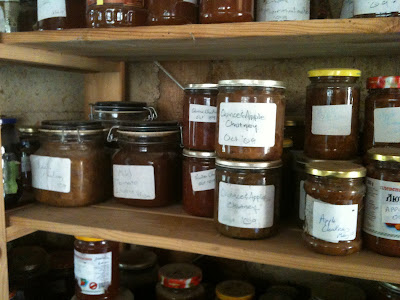 Shelf of chutneys, including apple, tomato, peach, quince (my favorite), and quince apple. 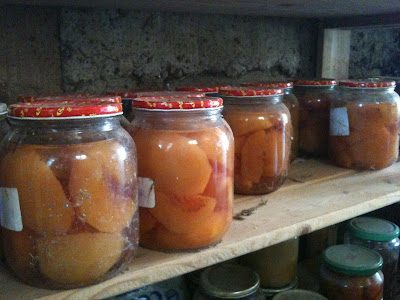 Jars of peaches from the summer glut. 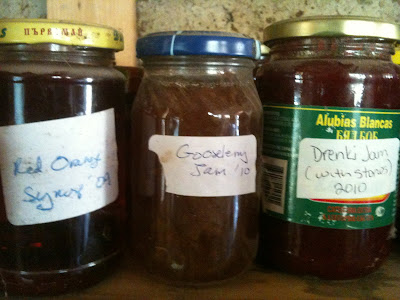 Lily makes and jars some unusual jams like gooseberry, persimmon, and (my favorite) drenki, a wild, sour cherry with a very intense flavor.
Posted by bliss vagabond at 10:54 PM