I’m going to skip the intro and dive right in. My first meal at Hashem was the best restaurant meal I ate in Jordan. I went with my host in Amman, Moe, who told me he jumped at any excuse to eat at there, so on my first full day in Jordan, we headed downtown for a late breakfast. 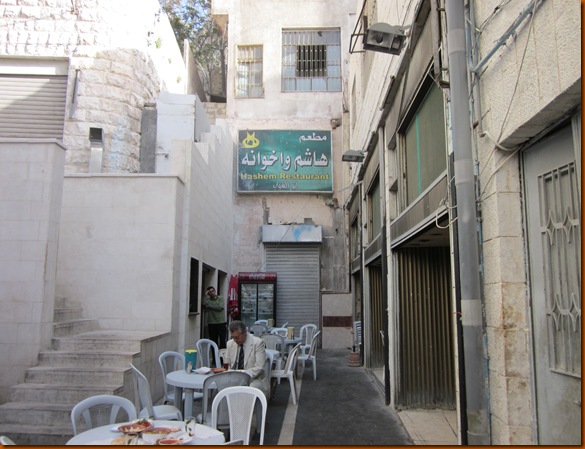 Much has been written about the humble appearance of Hashem. Yes, it is located in an alley, and yes, you will sit at a plastic table in plastic chairs. But honestly, I didn’t notice any of that. What I did notice was a constant stream of customers from all demographics. As any traveling eater can tell you, a busy restaurant frequented by locals is a sure sign of delicious food to come.

Like so many great eateries, Hashem only does a few things—humus, fuul, two kinds of falafel—but those few things they do perfectly. Not ones to balk at the idea of a humus-filled breakfast, Moe and I ordered a dish of humus, fuul, and a sampling of both kinds of falafel—the small plain and the large mahshy falafel which were stuffed with grilled onions. 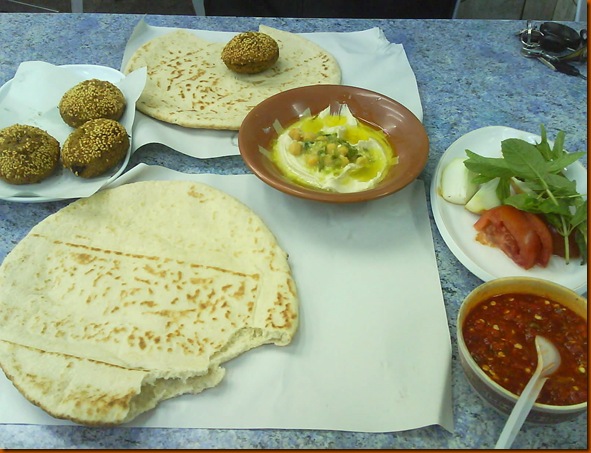 The food arrived within two minutes, accompanied by fresh pillowy flatbread and a plate of ripe tomatoes, mint, and raw onions. The pita was hot, made specially for Hashem just across the street, and brought over every few minutes. Even the tomatoes were perfect—bursting with flavor.

It was too much food. Too much food! But I couldn’t stop eating. I dipped into the humus. “This is the best humus I’ve ever had!” I remarked to Moe, a silly grin plastered on my face. Then I tasted the mahshy falafel. “What! This is the best falafel I’ve ever had!” My grin widened. I dipped the pita again and again, trying to master the fine art of scooping bread into humus without letting the humus slide off. I ate every possible permutation I could think of—fuul and/or humus with tomatoes, with falafel, with shatta (a pickled spicy red pepper sauce)—trying to find the perfect combination. I never could decide which was most delicious, so I spent the entire meal experimenting and combining and sampling and comparing.

And then, stuffed beyond reason and happy as ccould be, I didn’t eat again for the rest of the day. 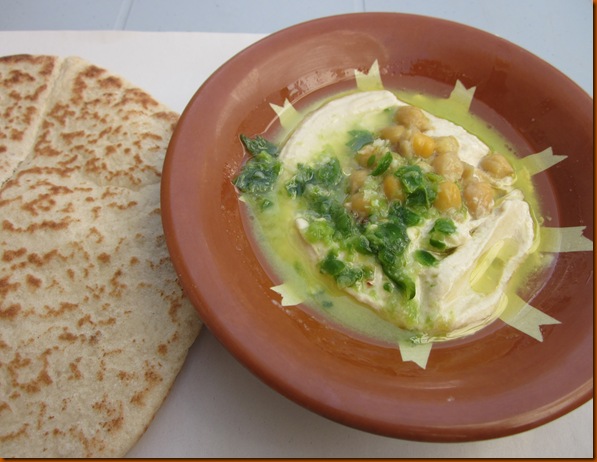 Hashem is no secret. The king Abdullah himself sometimes brings his family to dine at Hashem. Anyone downtown can point you in the right direction, but you can find directions here and read a great description of breaking fast at Hashem here. Expect to pay no more than 2 JD (less than $3) per person for a very, very filling meal.

As far as I could tell, everything here was vegetarian. Vegan, in fact. So order as much of the humus, fuul, falafel, and french fries as your heart desires!

Posted by bliss vagabond at 1:26 PM