In the Kitchen: Patata Tahineh and Mu’ajanat with Jamilah

In Amman, my host’s mother, despite trying to good-naturedly convince me to eat some chicken, often cooked entire meals of the most delicious vegan dishes. Jamilah’s favorite thing to say to me was “Kuli! Kuli!” (Eat!) and in response to her command, my favorite thing to say to her was “Zeki!” (Delicious!). And it’s true. Everything she made was so fresh and delicious that I didn’t want to stop eating.

I wish I had spent more time in her kitchen, simply watching her cook. She made a dish of stewed greens straight from her garden and a dip of tomatoes and zucchini which I still think about now. I was fortunate, however, to get a few pictures and a recipe during my brief time in Amman. 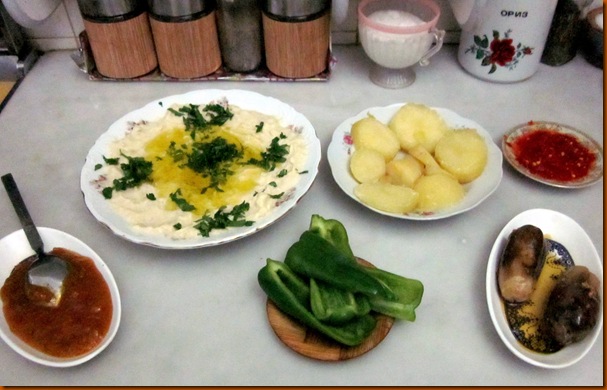 This simple and sublime dish tastes remarkably like humus but comes together without a blender and, with no need to soak chickpeas, in considerably less time.

Boil, bake, or microwave the potatoes until cooked. In the meantime, using a mortar and pestle, pound the garlic and salt together until they form a smooth paste (the addition of salt makes this process easy and fast). Mash the cooked potatoes by hand, then add the garlic, salt, and lemon juice. Mix in the tahini. Garnish with a squeeze of lemon juice, drizzle of olive oil, and chopped fresh parsley. Serve with fresh bread for dipping. 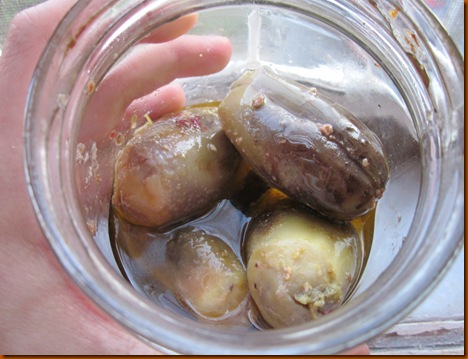 Jamilah also served her patata tahineh with a pickle her mother had made called makdous. Makdous is made from little eggplants that have been stuffed with walnuts and shatta and preserved in olive oil.

Shatta is an important part of Jordanian cuisine, and Jamilah always had a bowl fermenting in her kitchen. Shatta is made from a mix of sweet and spicy red peppers which are mixed together and allowed to ferment for one month. You can see a little bowl of shatta in the first picture in the upper right-hand corner.

On my last night in Amman, before I hitchhiked south to Aqaba and Petra and Wadi Rum, Jamilah made a traditional and naturally vegan mu’ajanat. Mu’ajanat refers to a wide range of savory pastries and that evening she made two kinds—one stuffed with cheese and one stuffed with spinach. 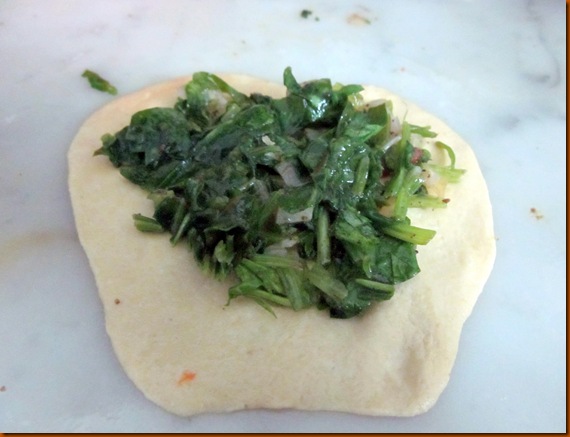 She made the dough with whole wheat flour, which is apparently a traditional recipe not a new-fangled, inspired-by-the-resurgence-of-whole-foods approach. She then filled the dough with a mix of spinach and onions and added shatta to a few as well. 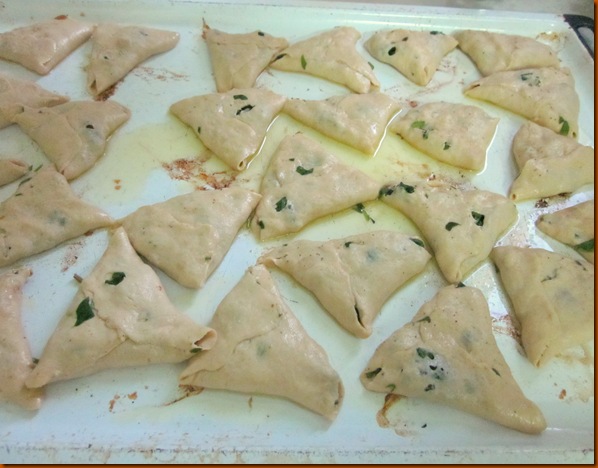 She then formed them into triangles and baked the mu’ajanat until they were just brown and crispy. Jamilah made a pot of Jordanian-style black tea, which is brewed with fresh mint, as it is traditional to drink tea while eating mu’ajanat. 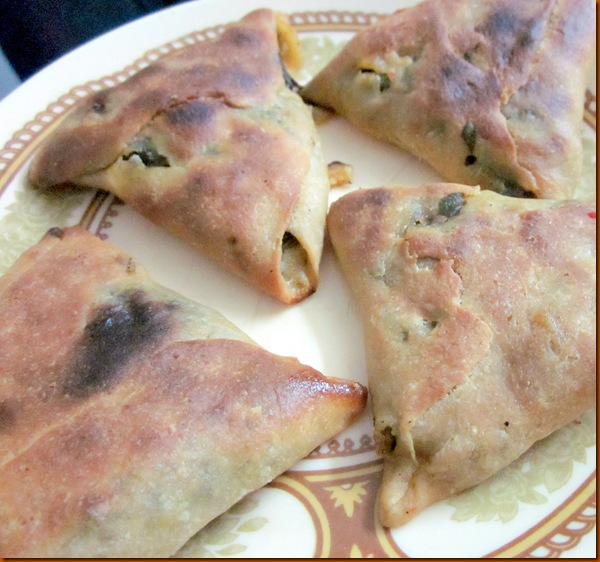 The next step was simple. “Kuli! Kuli!” Jamilah commanded and I was happy to comply.  As with everything she made, these mu’ajanat (especially the ones with added shatta) were truly zeki.

Posted by bliss vagabond at 1:20 PM

Email ThisBlogThis!Share to TwitterShare to FacebookShare to Pinterest
Labels: food, in the kitchen, jordan