In the Kitchen: Dolma and Sarma with Hatice, Fatoş, and Ayşe

This time when I returned to Adana, Turkey, Fatoş invited me to watch (and “help” in) the preparation of a few of my very favorite Turkish dishes: sarma and dolma. 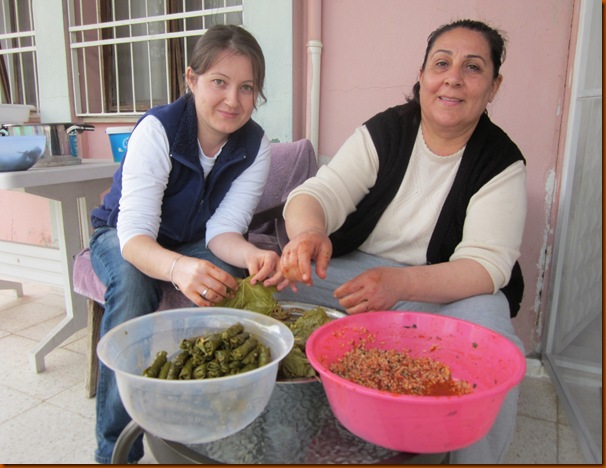 Sarma is made by filling either cabbage or grape leaves with a herbed rice, while dolma is made by stuffing eggplant, peppers, or zucchini with the same rice mixture. If you see this dish at a restaurant or in a home, ensure that it is etsiz (meatless) because it is also common to find dolma and sarma stuffed with ground meat. 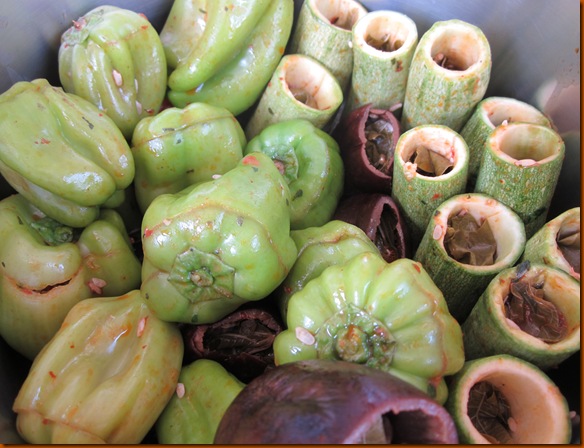 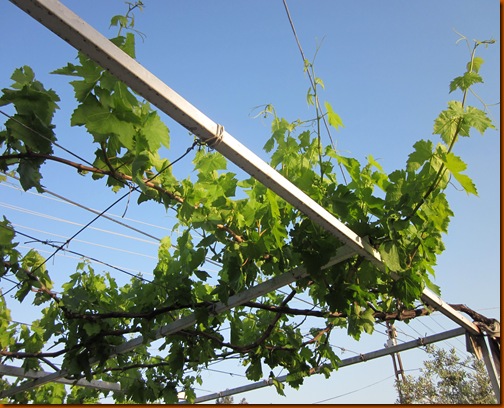 My lovely sister-in-law, Ayşe, had completed the first step in making sarma the night before, when she picked dozens of grape leaves from the vine in front of her parent’s house. Then the grape leaves were blanched briefly in plain, unsalted water until they were soft but still strong. 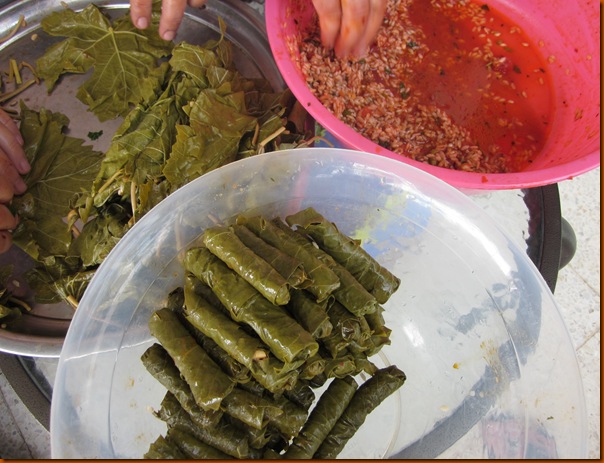 I watched as Ayşe, Hatice, and Fatoş expertly filled and wrapped each grape leaf tightly. Making sarma and dolma is a time-consuming process, requiring many steps and often taking the better part of a day, so these dishes are traditionally made by a group of women. The women swap recipes, gossip, watch each other’s children, and provide support to each other while preparing, stuffing, and cooking their sarma and dolma. 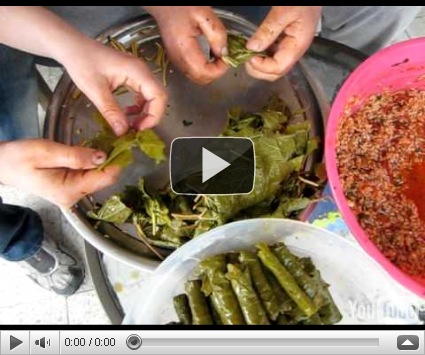 After watching how each grape leaf was stuffed, I gave it a try myself. At first I was tempted to put far too much filling in, but the ladies quickly helped me out, explaining that the rice would expand when it cooked and it was important that the leaf was tightly wrapped so it wouldn’t unravel during cooking. 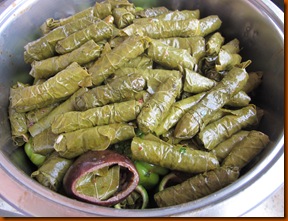 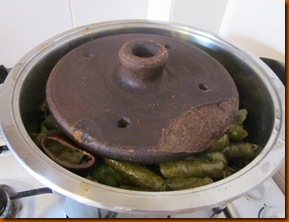 To cook the sarma and dolma, Fatoş added a few tablespoons of salt and filled the pot about halfway with water and about a half cup of oil. She then topped everything with a circular stone, specially made to weigh down the sarma so they don’t come unwrapped while cooking. (If you don’t have a special stone you can use a plate weighed down with a few cans.) Once the water boiled, though, she removed the stone and put the lid on the pot. 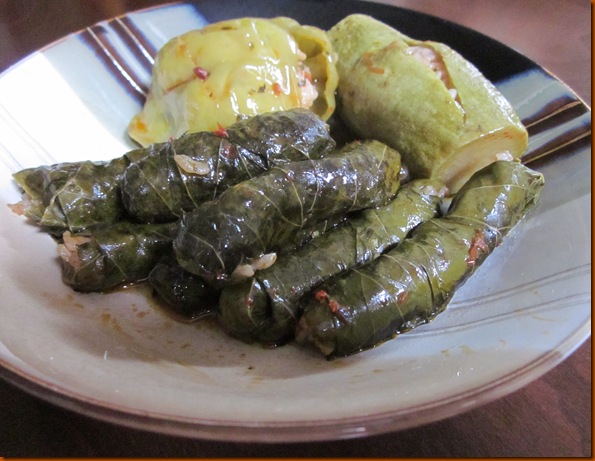 Afiyet Olsun! May it bring you health!

Email ThisBlogThis!Share to TwitterShare to FacebookShare to Pinterest
Labels: food, in the kitchen, turkey