There’s only one road between Battambang and Phnom Penh—the second largest and largest cities in Cambodia, respectively. Maybe I’ve been spending too much time in Thailand, with its broad avenues, lush medians, and lane-respecting traffic, but it seemed to me that this, er, highway had deteriorated since I traveled it last year. 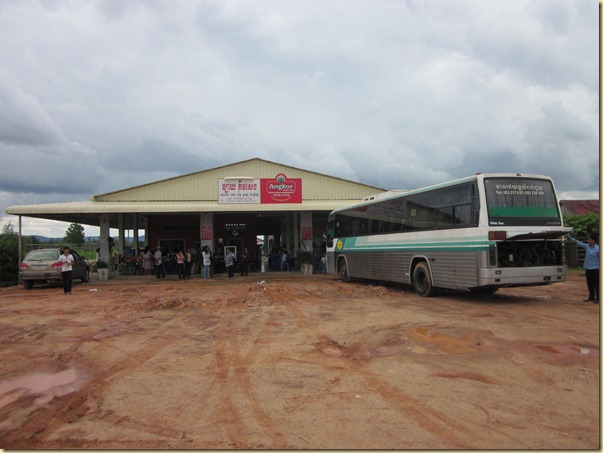 I was on my way to Phnom Penh, but my visa run was feeling like a slow crawl; the heavy rain and flooding during this year’s wet season created hula-hoop-size potholes, potholes that I could curl up and got lost in. The bus driver was doing his best to avoid them, but the traffic on the road was not helping matters. And the range of traffic rivaled that of India. I saw water buffalo, bicycles, SUVs driven by government bigwigs, cows, pedestrians, motorbikes, dogs, and legions of Camrys. In fact, just a year or two ago, the roads in Cambodia were dominated by Camrys, so much so that every street looked, to a fanciful observer, like it was hosting a Toyota Camry parade.

I sat near the front of the bus and I could see our driver’s face reflected in the oversized rearview mirror. He looks like a criminal, I thought reluctantly, wishing I weren’t so judgmental. He wore Top-Gun-esque aviators which covered half his face but could not cover the permanent scowl he wore. His lips were tensed, pulled into a tight line, and he leaned on the horn as if it were his only ally against the traffic riffraff surrounding his bus.

At a narrow stretch of the road, our driver honked vociferously at two motorbikes in front of us. When they refused to yield the road, refused to pull over onto a graveled, muddy shoulder, our driver’s mood turned from dark to foul. Instead of whizzing by the motorbikes, he slowed down, tightened his mouth in concentration, pulled alongside the bikes, and slowly, gently inched over to the right. He inched over, taking his time, until the bikes were forced off the highway. Had a middle finger carried any impact here, I’m sure he would have flipped them off. Instead he looked over at the motorists and watched with a passive face as they precariously edged onto the muddy, potholed shoulder. 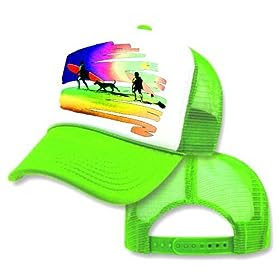 Minutes later, I really knew the driver’s mood was foul after a kid on a different motorbike lost his hat. His neon, bedazzled trucker’s hat found a gust of wind and flew into the middle of the road. The kid slowed down and looked back, trying to negotiate a u-turn. Casually, our driver drifted into the middle of the road and aligned the left wheel of the bus with the bright orange trucker hat. Smush. I watched in the rearview mirror as the driver’s face relaxed and his lips turned up into a smile.

I was surprised. I was initially sure he was trying to dodge the hat. When I realized he was aiming for it, I couldn’t hold back my laughter. This man had a stressful job—six hours of driving on terrible roads, amongst lousy drivers, surrounded by tiny buzzing vehicles, illogical pedestrians, and animals unable to grasp the finer implications of a highway. For six hours he needed to be on high alert, every muscle in his body tensed, every reflex on edge. If he needed to turn a garish trucker hat into muddied roadkill, I certainly wouldn’t begrudge him such a small pleasure.

Just get me to Phnom Penh in one piece.