Vegan Milks in Thailand. Plus, the Magical Jae Symbol

It’s not hard to find vegan soya or cereal milk, but the biggest sellers often contain some whey or milk powder in the mix. Once you know what to look for, though, these are easy to avoid.

I’ve mentioned the handy phrase “Gin Jae” (gin is pronounced somewhere between a hard g and a soft k and jae rhymes with the month of May. The phrase refers to Chinese vegetarianism which is vegan without garlic, onions, and other strongly flavored foods). Now let me introduce you to the Jae symbol. 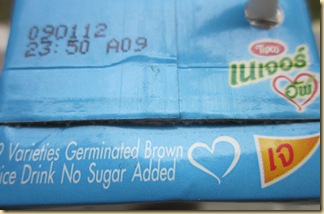 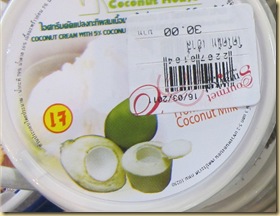 The Jae symbol is that little yellow flag with the red writing. It looks a bit different depending on the script used.

Want to know if that soya milk is vegan, but can’t read Thai? Just look for the Jae symbol. Looking for a vegetarian restaurant? If you see the Jae sign, you know you’re in luck. 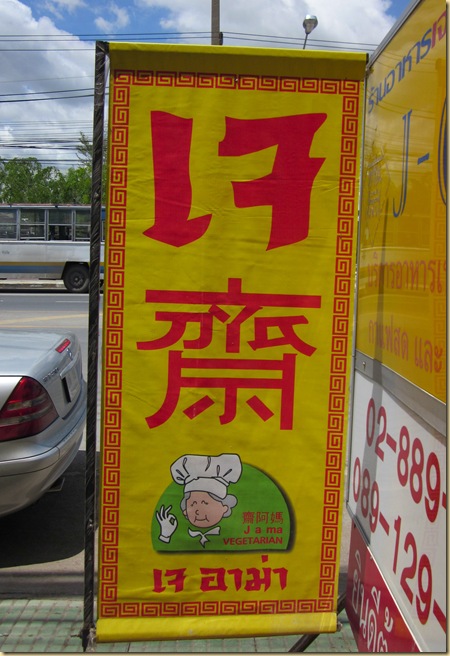 The top symbol (which looks a bit like L7) is Thai. Beneath it is the Chinese. They are usually written in red script on a yellow background and if you see one or both, you can relax, confident that there will be no fish sauce, shrimp paste, whey, or butter.

The following are a few of my favorite vegan milks, most of which are pretty widely available. 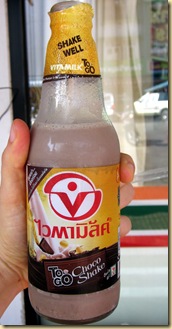 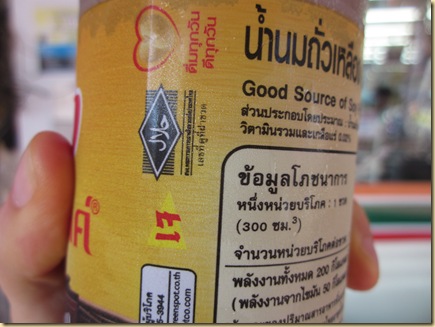 Let’s start with chocolate soymilk. This is a bit sweet for my taste, but you can find it at any 7-Eleven, making it a convenient choice. Costs 14 baht (less than $0.50 US). 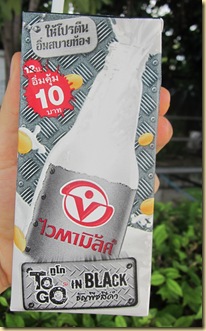 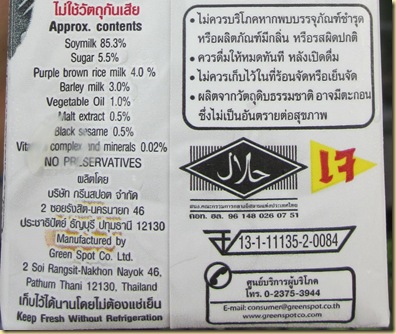 The plain version of Vitamilk is not vegan, but their tastiest variety, Vitamilk Black, is. It’s also available at any 7-Eleven and costs only 10 baht (about $0.34 US), making it just about the cheapest option out there. I don’t get it often because I prefer the sugar-free stuff, but the taste is great. The hint of black sesame is wonderful. 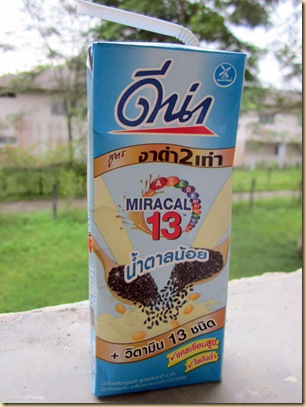 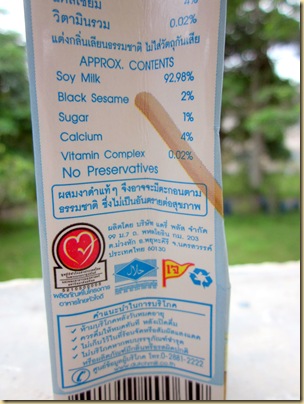 Another option at 7-Eleven, this one with less sugar. Less bang for your buck (about 12 baht for a smaller carton than the Vitamilk), but the yummy black sesame and the lower sugar count make this my go-to-option. 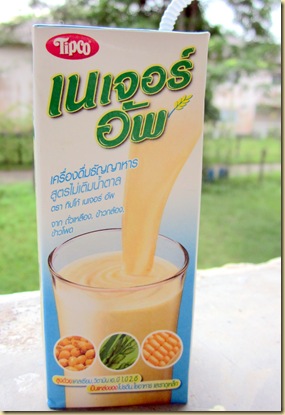 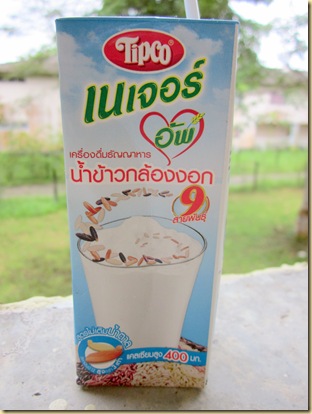 Sugar-free milks. A mix of soy, rice, and corn on the left. Germinated brown rice on the right.

Tipco has a wide range of non-dairy milks, a few of which are sugar free. They’re a bit harder to track down (you’ll need to buy a pack of three from a grocery store) and just a bit more expensive (around 35 baht for three while other varieties are less than 30 baht) but if sugar free is important to you, then these are good options. 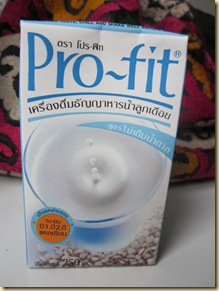 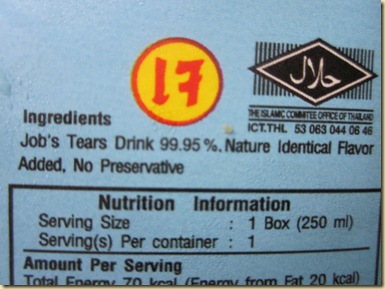 My current favorite non-dairy milk option. Made from job’s tears (what?) or barley (oh…) with no sugar added. The milk is light yet creamy and has a nice natural sweetness. 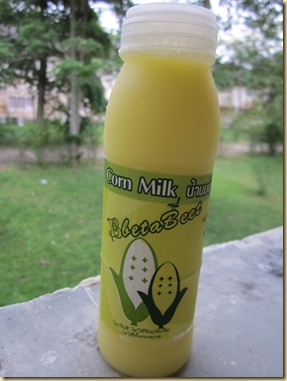 Another fun option is corn milk. It’s pretty easy to find, though don’t expect to see this particular brand. Sugar is often added which I think is redundant as the corn milk by itself is delightfully sweet.

There are many, many more vegan milk options in Thailand, encompassing the whole range from health conscious to dessert sweet. Lately I’ve seen an intriguing brand called Mew which makes vegan milks with flavors like rum raisin. I may have to do a taste test soon!