Thai Cowboys, the Appeal of Country Music, and the Chatuchak Weekend Market in Bangkok

The Chatuchak (pronounced jaht-uh-jahk) weekend market (more familiarly known as JJ reflecting the pronunciation) is popular with tourists and locals. It is outdoor and sprawling, but more organized than what you might imagine when you think of a Southeast Asian market. There are stalls, some covered, and aisles and signs and sections. There’s a lot of shit to see and everything to buy.

Not being a big shopper myself (why yes sir, that carved teak chair is beautiful, but I just don’t think it would fit in my backpack…) I was mainly at JJ for the food and the sightseeing.

I found myself uninspired until I wandered into the second-hand section where I was met with seas of Converse shoes in every color, pattern, and material. All for around $3-10 US per pair. 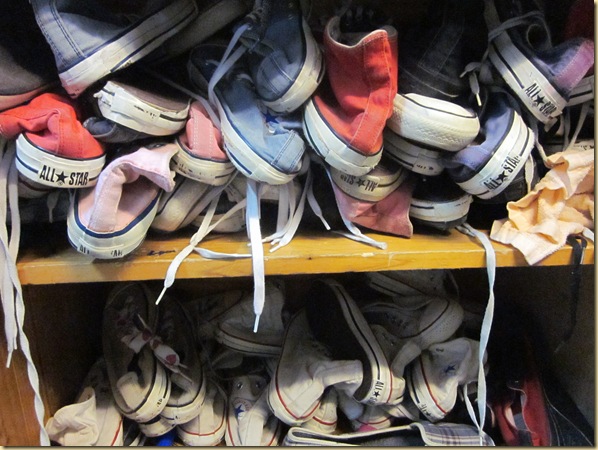 There seemed enough to outfit all the youth of the world. If the youth are still wearing Converse. Are they? I’m out of touch in this regard. 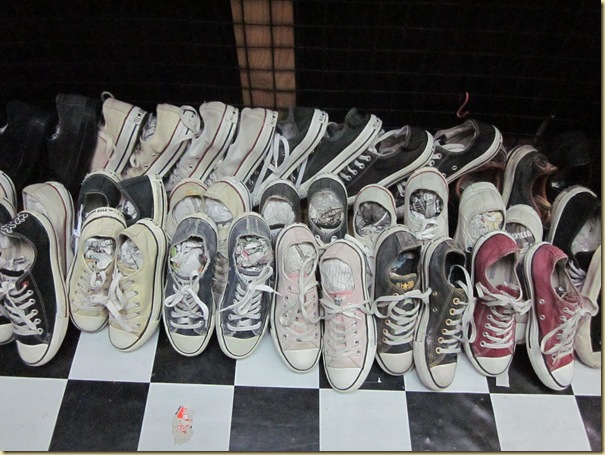 Maybe they’re no longer cool and that’s why they’ve all ended up here. 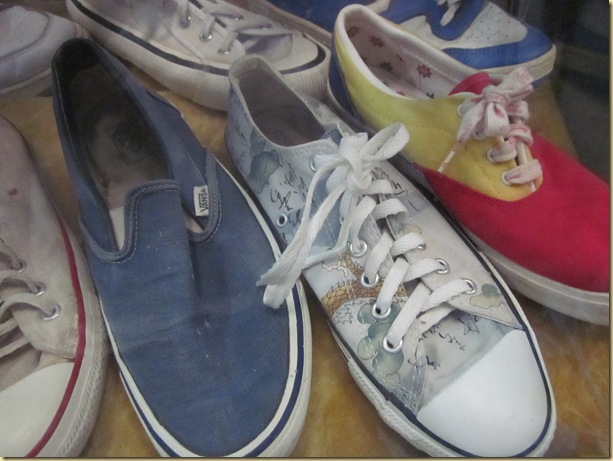 No matter. If Converse isn’t your thing, there were also stacks of Vans, Pumas and, for the socially responsible shopper, there were even a few piles of TOMS, which I didn’t think lasted long enough to get to the second hand stage.

But my shoes haven’t fallen apart yet, so I wandered even deeper into the second-hand section. And that’s where I found it: a little slice of Wyoming here in Bangkok. 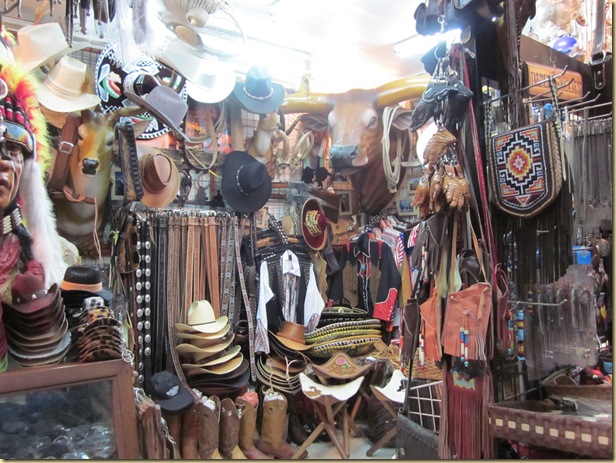 Now, cowboy culture is pretty popular worldwide and American country music has a way of popping up in the strangest of places (I remember a tuk tuk driver in Phnom Penh who blasted old-timey country from his vehicle’s tinny speakers and talked to his barang customers with his best twangy John Wayne accent.), but I’ve never been in a country so widely drawn to Western Americana as Thailand. 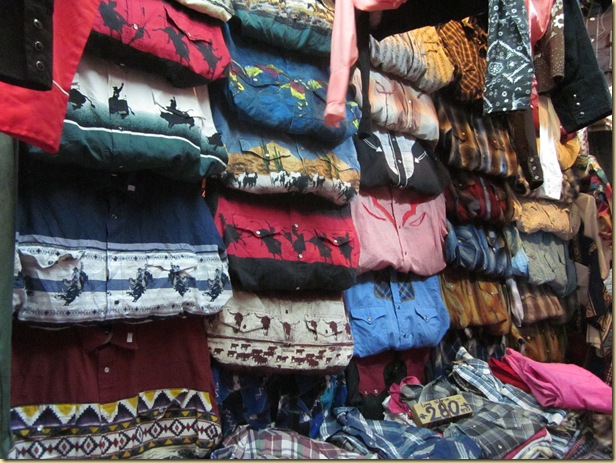 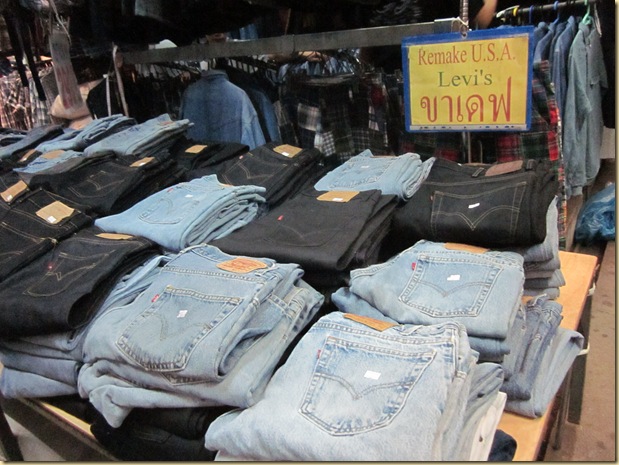 I recently listened to a great episode of the Radiolab podcast which examined the phenomenal popularity of American country music around the world, in countries as disparate as Zimbabwe (where Don Williams filled a 40,000 seat football stadium twice), Western Australia, and South Africa. You can listen to the segment here (starting at minute 13:22). It’s a fascinating piece which will probably act as a gateway to more Radiolab episodes, as it should. 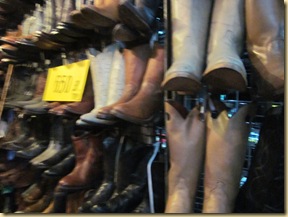 The basic idea as to why American country music is so popular worldwide is not the melody but the stories and not even the specifics of the stories (it’s a pretty narrow demographic who can relate to sitting on a rocking chair on a front porch in the Smoky Mountains) but this general feeling of migration, of moving from the friendly countryside into the cold, hectic city. Country music celebrates home as it eulogizes it. It longs for something simpler, something left behind.

So maybe that’s a part of why Western American styles are adopted here. Or maybe it’s shallower than that. Maybe it’s all the Marlboro man’s fault. Cowboys equal freedom, independence, a gruff Steve McQueen-esque cool.

Whatever it is, I see almost as many faded, terrifically unstylish Levi’s here as I did growing up in Iowa.