Just yesterday I tried to explain this fruit to a Thai friend. The name Santol wasn’t ringing any bells, so I think there must be a different Thai name. I wanted to say that it looks like a softball covered in a paper bag and tastes like oregano, but I’m pretty sure that would have elicited an even blanker stare than the one my hesitant pronunciations of Santol was being met with.

A picture would have saved me from such verbal permutations. 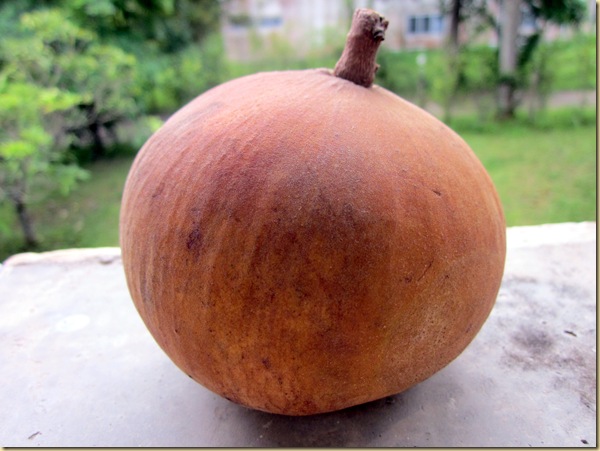 The skin is akin to the unlikely baby of a fuzzy peach and crinkled paper bag. It is thin and, I don’t know, possibly edible in the same sense that that paper bag is edible: it won’t kill you but it won’t taste good either. 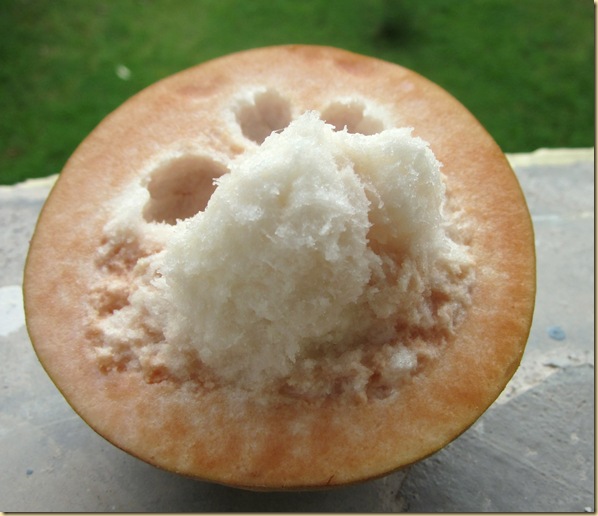 But open up the Santol and you’ll find some delightfully contrasting textures. The six or so seeds in the middle are surrounded by white spongy flesh, while the outer sphere of flesh is tawny with the firm, but yielding texture of an Asian persimmon. 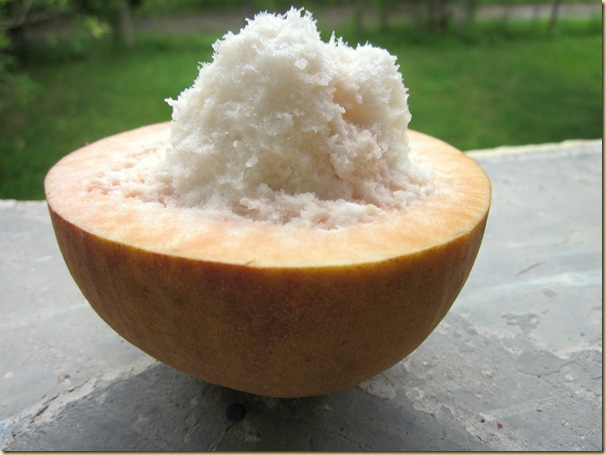 And the flavor? Well, the spongy flesh surrounding the seeds is juicy and tart. The Santol is sometimes compared to a lollipop because this flesh will never separate from the seed, so to extract flavor, you must resort to sucking on it in an undignified manner.

The outer flesh not only has the texture of Asian persimmons, but also has their mild astringency. This part of the fruit leans more toward savory flavors. The first time I ate a Santol, it took me five minutes of slow, contemplative chewing before I realized what that familiar taste was: oregano! As you journey outwards from the sweeter center of the fruit, the fresh, grassy taste of oregano becomes more pronounced and the fruit becomes more puckeringly astringent. 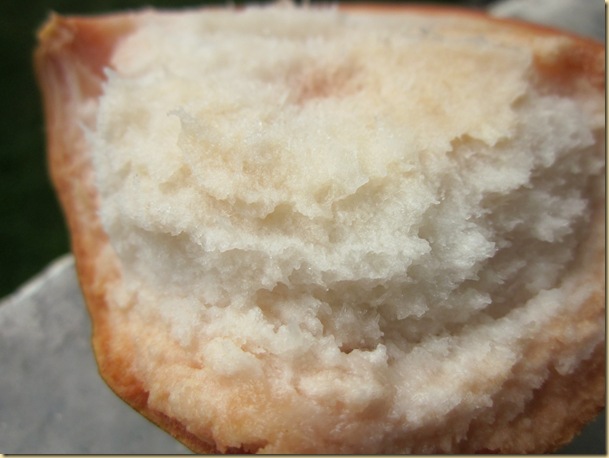 Here is one last shot to show you the unique texture of the flesh-covered seeds. I’ve never experienced a texture like this before, so I don’t know what to compare it to. It’s springy and bouncy, like a button mushroom minus the squeak. But it’s also juicy and floods your mouth with flavor (like a marinated sponge?) and the more you bite down on it to extract the flavor, the more slippery and wily it becomes.

So to end this post in the style of a fourth-grade book review: I enjoyed eating the Santol!! It was yummy! I recommend everyone go out and try one!!!!!!

Posted by bliss vagabond at 1:23 PM