There’s no delicate or ladylike way to say this. Salak look like dragon testicles. Though I’m not normally one to disparage any edible flora, I’d guess that they taste pretty similar too. That’s a roundabout way of saying they taste a bit musty, a bit, er, sweaty. 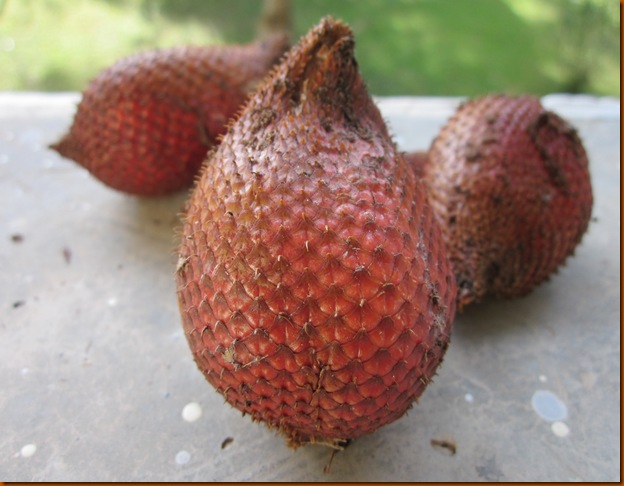 That may sound like an admonishment, and I hate to admit to liking the taste of dragon testicles, but you must remember my obsession with durian, which, by Anthony Bourdain’s account, tastes like “french-kissing your dead grandmother”. So I’m not adverse to strange-tasting fruits and while I wouldn’t seek out the salak, I certainly haven’t given up on it. 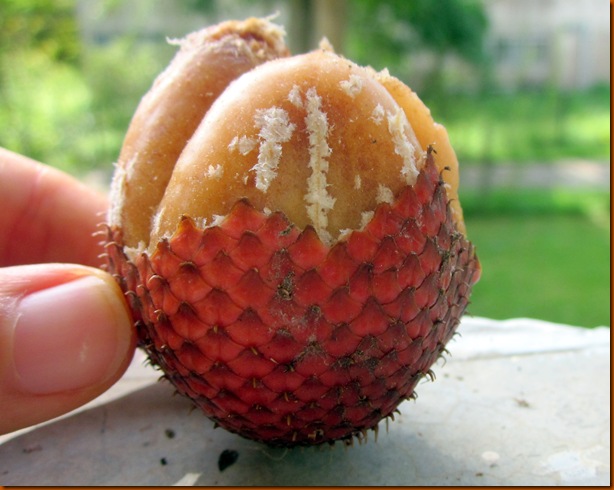 The scaly outside is sharp and prickly, but if you’re careful, you can peel the thin brittle scales away from the delicate flesh underneath. The salak isn’t likely to draw blood, but it just might give you a splinter or two. 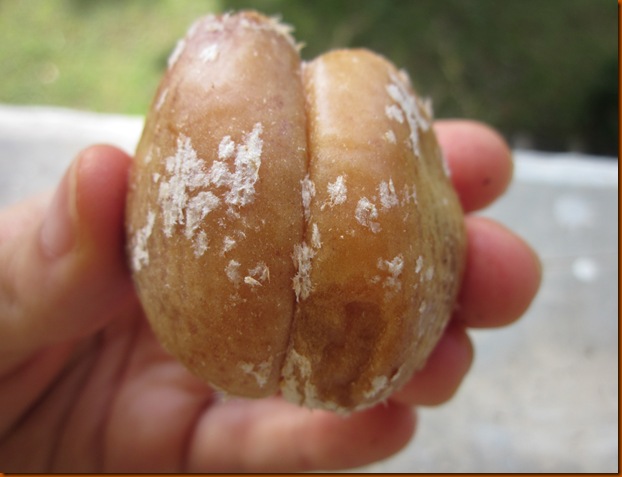 Testicles.
Once peeled, the fruit is firm, but yielding and a little juicy. There’s not much flesh though, as the seeds inside are large. Salak is perfumed and has a piercing smell. The flavor is pungent and sweet and sharp, with a long, lingering flavor.
I don’t know if I would buy it again. It’s a bit of a pain to peel, the edible portion of the fruit is small, and it tastes a bit (and I mean this in the least negative way) sweaty.
Posted by bliss vagabond at 9:35 AM