After a joyful visit to the Folk Art Center in Bang Sai, I was less than enthused to visit temples, even though I knew well that Ayutthaya is famous for its magnificent and evocative temples. But it was silly to go all that way (though the trip was a gifted vacation from my school) without at least sampling the goods, so to speak.

It was a gray, drizzly day. Not the type of weather normally associated with Thailand, but quite conducive for creating the right ambience while wandering through the grounds of a temple complex. 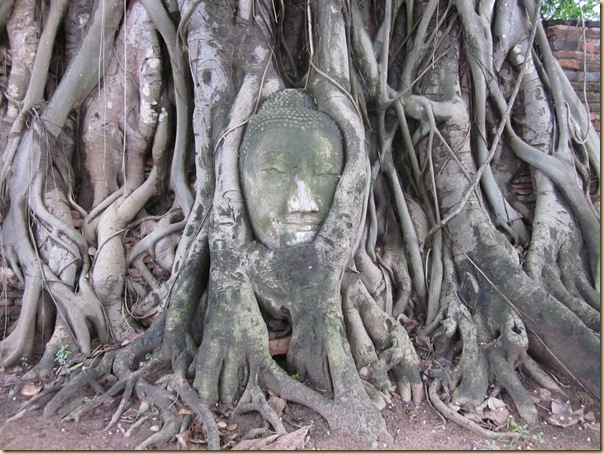 I visited Wat Mahathat, wat of the famous overgrown Buddha head. It was certainly picturesque and there was a polite sign reminding tourists not to stand so they are above the Buddha—standing above the Buddha’s head is a show of disrespect. This led to lots of people posing while crouched over awkwardly in front of this tree. 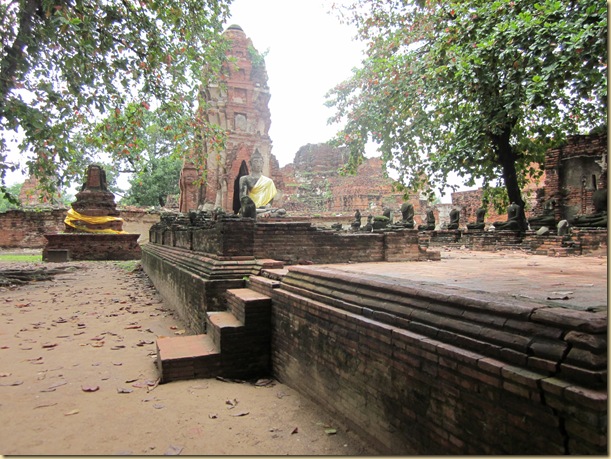 I tried to wake the slumbering Super Tourist inside me by learning some facts.

Did you know: The temple here was built during the 14th century, the early Ayutthaya period. 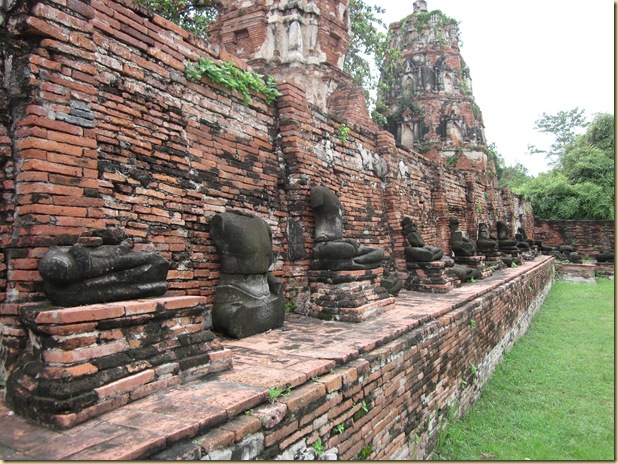 All the headless Buddhas reminded me of Angkor Wat, where the Buddha statues had been purposefully decapitated by the Khmer Rouge regime. Here in Ayutthaya, it was the invading Burmese who defaced the Buddhas. 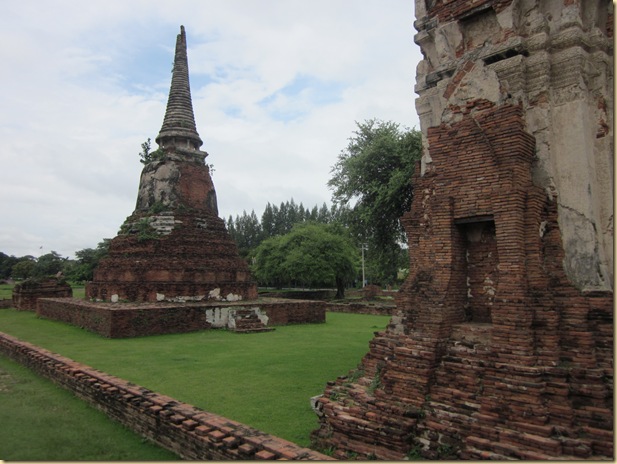 Did you know: What I’d been referring to as stupas are called chedis. Was this retained bit of information a sign that Super Tourist was awaking from slumber? Nope, false alarm. After a thirty-minute ramble, I said, “Enough temples!” and returned to Bangkok.