I remember buying a kilo of rose apples as I waited with my bicycle for a ferry to cross one of the numerous tributaries and rivers in Vietnam’s Mekong Delta. I’ll be honest, the rose apple was my third choice, purchased after the jackfruit and mango both proved too expensive. At 5,000 Dong (*snicker*) (about $0.60) per kilo, it was hard to say no them though. I munched on a rose apple, appreciating its crisp and juicy texture, and I watched the family next to me slurp down cold ca phe sua da (iced Vietnamese coffee) as we all waited for the tiny ferry to come take us across. Frankly, I didn’t know where I was, which of the many rivers I was crossing, nor exactly where the ferry was heading, but it didn’t matter. I had Bowie, my bicycle, I had enough Dong (*snicker*) for a guesthouse, I was surrounded by a smiling family, and I had a bag of rose apples. 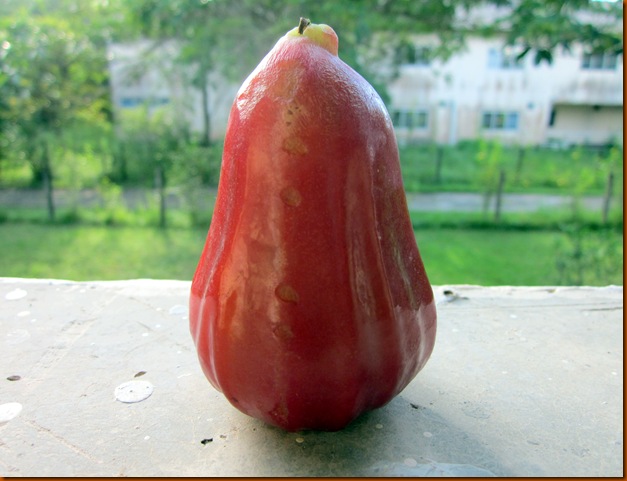 Thus began my appreciation for the rose apple, an otherwise fairly neutral fruit. One thing it has going for it is convenience. It’s portable, there’s nothing to peel, and you can eat the entire thing. Yes, there are one or two tiny seeds in the center (see picture below), but they’re edible and barely noticeable. 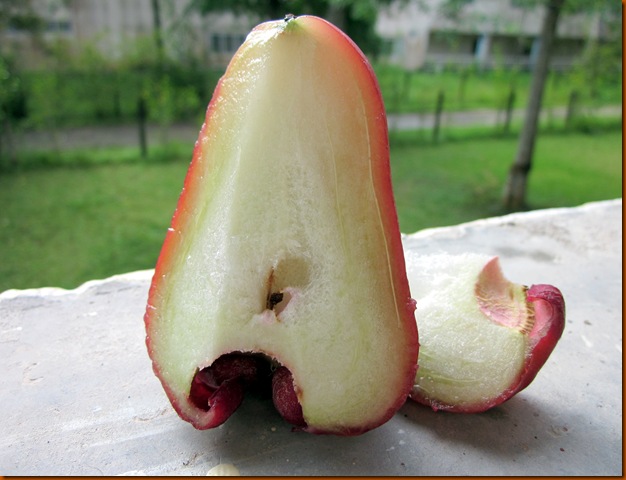 It looks like some kind of capsicum-apple mutant and that fairly accurately describes the flavor as well. It’s crisp and mildly sweet. A few I recently ate had the remarkable taste of a well-dressed salad—vegetal and slightly vinegary. Though I understand if that’s not what you’re looking for in a fruit, you’ll have to trust me that it was an entirely pleasant experience. 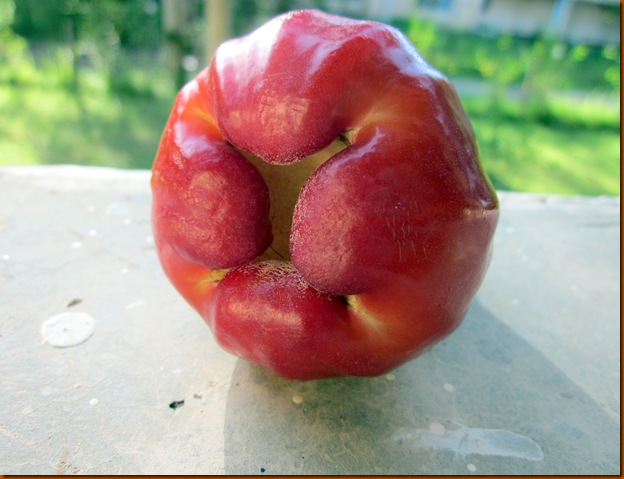 It’s safe to say that the rose apple falls under the don’t-get-too-excited-if-you-see-it-in-your-local-ethnic-grocer category. It is pleasant and refreshing, but doesn’t taste as exotic as you’d hope.

Posted by bliss vagabond at 2:53 PM