“That makes seven,” I thought as the car rumbled by another white, red, orange, and green striped storefront. Less than a block away I saw another. “Eight!”

In about five minutes on the road near the Phutthamonthon suburb of Bangkok I had seen eight 7-Elevens, those ubiquitous convenience stores so popular in Thailand.

“Eight in only five minutes! That’s got to be some kind of record,” I thought gleefully. It was a small triumph, but given that we had been struggling through Bangkok traffic for nearly an hour, I was ready to delight in the latest record in my Thai-inspired car game, Counting 7-Elevens. 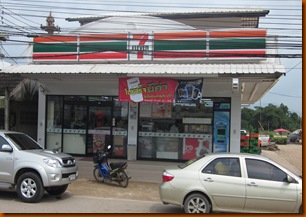 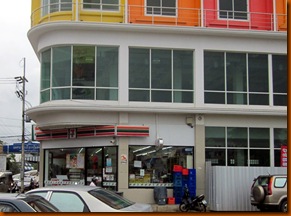 As kids on long road trips with our family, my older brother, Josh, and I used to depend on car games to pass the otherwise interminable vastness of time which stretched before us. There was our parents’ least favorite game of This is My Side, a travel-version of Capture the Flag with no flag, no goal, no time restriction, and a playing field the size of our backseat. In This is My Side, Josh and I would draw a line down the middle of our Buick LeSabre’s spacious backseat, a line which was uncrossable in theory. (In practice, however, we delighted in tiptoeing our fingers into each other’s territory, taunting each other into swift and slapstick-y action.)

For Mom and Dad, a more acceptable use of our creative energy was the License Plate Game. In this game Josh and I scanned passing cars to find license plates from all fifty states, checking off each state as we did so. Once, in Tennessee, Josh spotted the abominable snowman of the License Plate Game—the elusive Hawaii plate—and we happily spent the next few minutes imagining scenarios which would land a Hawaiian car in the bible belt of the contiguous United States.

We played other car games, including one in which we read every billboard and sign we passed, searching for each letter of the alphabet in its proper order. Once we spotted a letter, that billboard was used up.

Though I’m probably too old now to play This is My Side, and though I have an iPod full of fascinating podcasts, I still enjoy playing car games. My mind revels in the obsessive joy of finding and counting and crossing items off lists. And so, on a recent trip to Bangkok, a trip which involved traversing across the city several times, driving from end to end during peak traffic, I developed my latest car game. I call it Counting 7-Elevens. 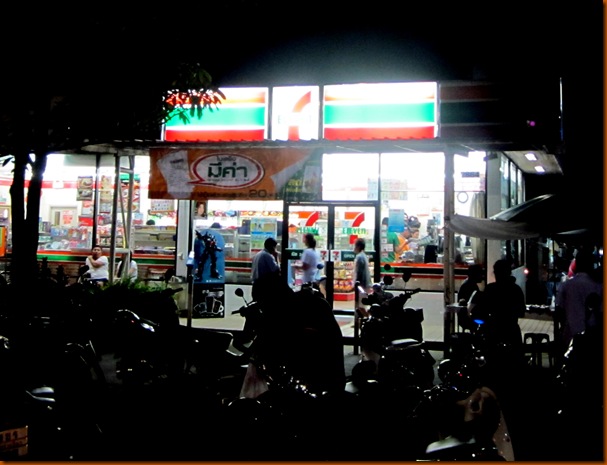 It’s simple, absurdly so, and the title explains it all. Using a timer or clock you see how many 7-Elevens you pass in a given time limit. In the cornfields of Iowa, where I grew up, Counting 7-Elevens would be an insufferably boring game. But in Thailand, where t-shirts are emblazoned with 7-Eleven’s logo and every whistle-stop town boasts at least one striped awning, Counting 7-Elevens helps to break up the monotony of yet more Bangkok traffic.

Posted by bliss vagabond at 7:05 PM