Despite its humble appearance, the longkong may be one of the more exotic fruits I’ve documented so far. I say this because it doesn’t appear to have an English name, and very few people outside of tropical Southeast Asia seem to have any knowledge of it. 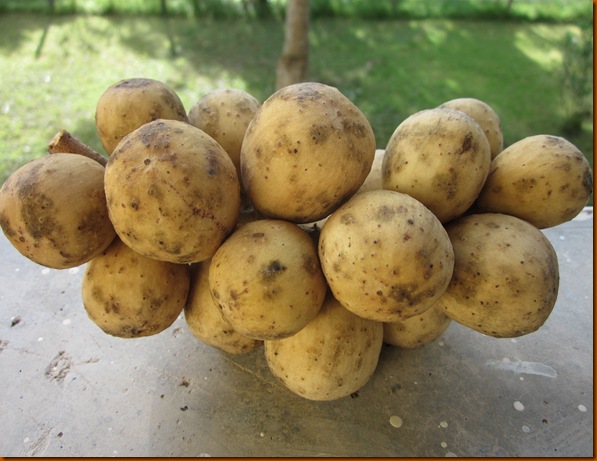 “Oh, you mean longan?” someone will inevitably ask.

“No, longkong,” I’ll state again for the umpteenth time, really trying to annunciate that last ‘g’. 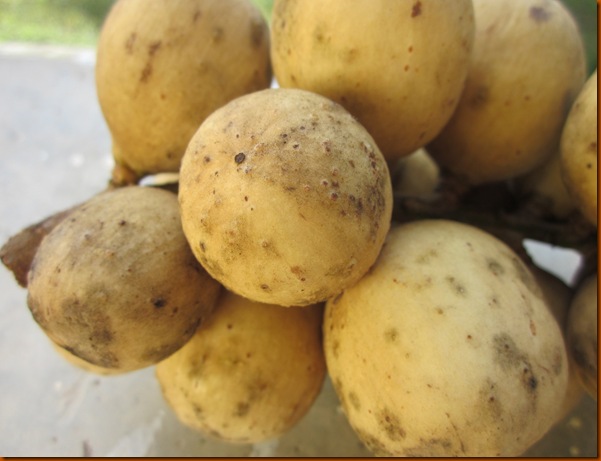 Since trying longkong for the first time over a year ago, it has earned a spot in my pantheon of fruit :) It has a deliciously light, sweet taste, cut through with a zing of acidity which wakes up the mouth. Its texture is soft and though each segment is contained by a thin translucent skin, when you bite into the fruit you discover its juicy nature. 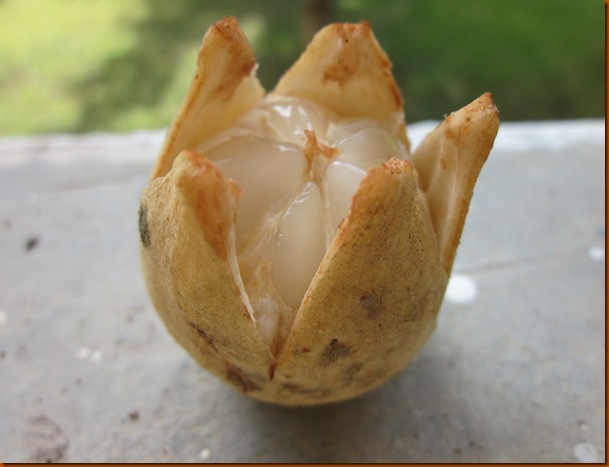 As you can see in the picture above, it is easy to peel and kind of miraculously splits evenly and geometrically in several triangular pieces. No knife required here. It does have a bit of white sap which leaves a slightly sticky residue on your fingers though. No problem, just dab your hands with moisturizer or a bit of oil after eating to remove the sap. 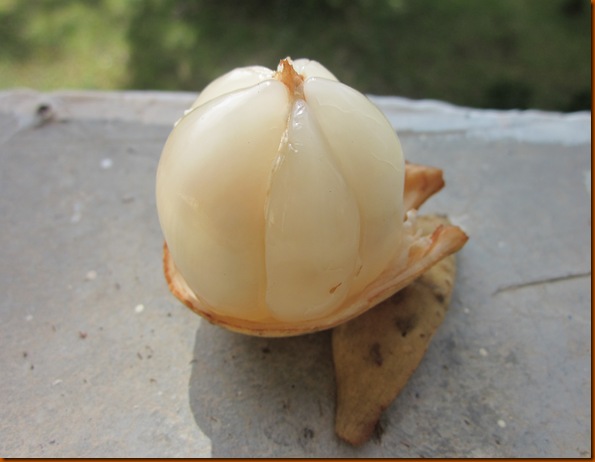 When eating longkong, be wary of its seeds. Usually there are just one or two seeds per fruit (generally depending on the size of the longkong), but trust me when I say you really don’t want to bite into one! The seeds are bitter; to me they taste exactly like pine resin smells. They’re easily avoided though, as you can see a greenish brown seed lurking through the translucent skin and flesh of the fruit segment. 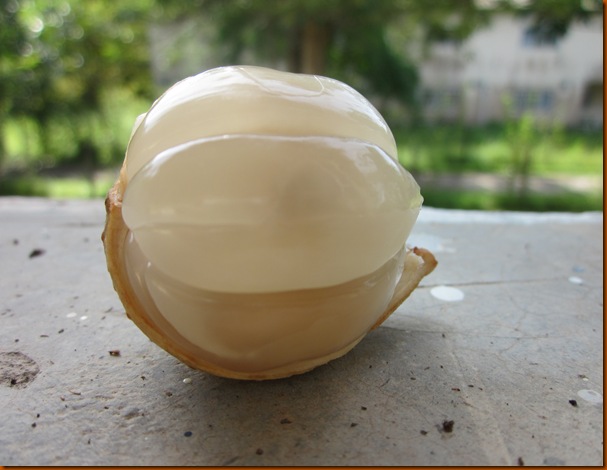 Longkong is high in phosphorus and vitamin C. More importantly, it’s totally delicious. I’ve read that longkong is being more widely cultivated, so if you’re lucky enough to run across it wherever you are, I recommend picking up a bunch.

Posted by bliss vagabond at 5:12 PM