How to Eat a Pineapple

I know. I bet you didn’t think you needed instructions. 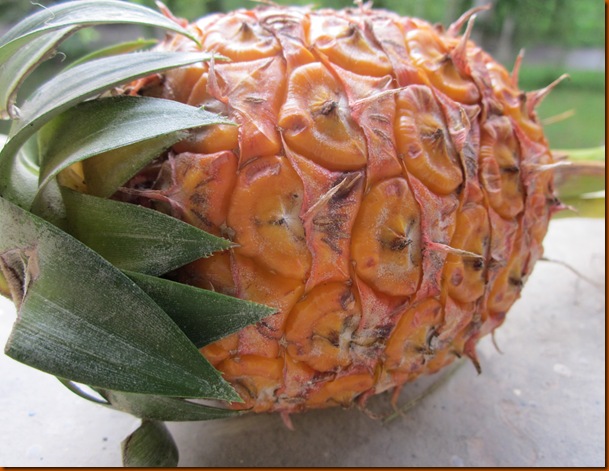 Well, you probably don’t. Just hack that thing open and go to town, mess and waste be damned. But I thought you might like to learn how people here in Southeast Asia cut and prepare their pineapple. It’s something I’d never seen before moving to this part of the world. 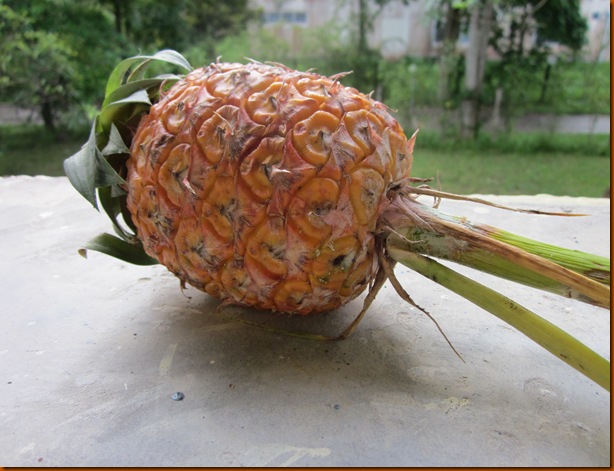 But first, a little tidbit about the fruit itself. Pineapple is an all-season fruit, available year round. But when I first arrived in Cambodia, I look for it in the market and couldn’t find it. A hint first came to me in char kreung, a yellow curry with vegetables and chunks of sweet sour pineapple. I had been looking on the wrong side of the market. The pineapple wasn’t next to the mangoes and rambutan, instead it was with the cucumbers, limes, and eggplant in the vegetable side. So although pineapple is technically a cluster of berry-like fruits, in this part of the world, possibly due to its common usage in savory dishes, pineapple is sold like a vegetable. 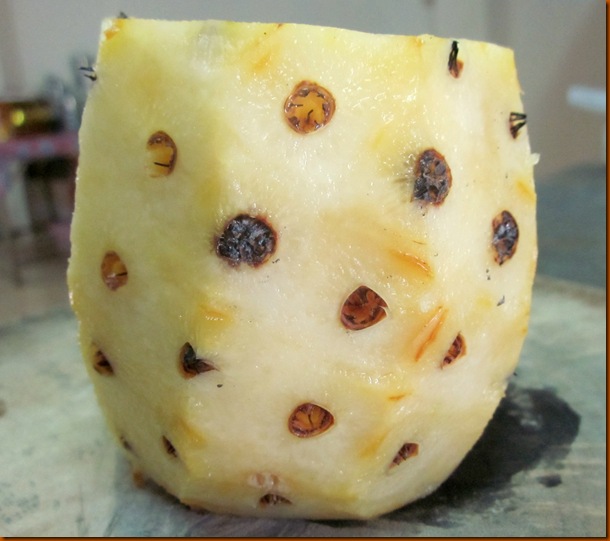 Now to the instructions. Top and tail that sucker, then cut just enough to remove the skin. Don’t cut so deeply that you remove the little black eyes. You’re conserving precious pineapple flesh here! 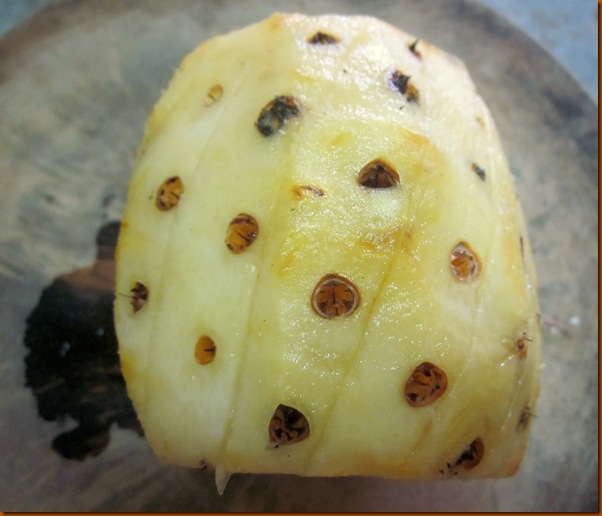 Using a small, agile knife, cut along one side of the eyes. You’ll be cutting in a diagonal fashion across the pineapple. You can follow the eyes in a leftward or rightward (as I did in the photo above) diagonal. It makes no difference. 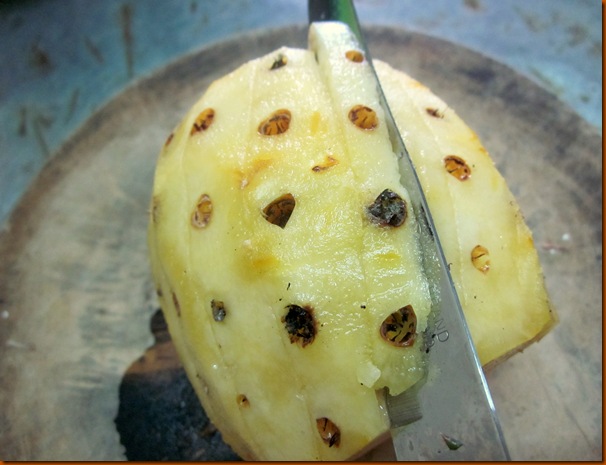 Cut in a parallel diagonal line on the other side of the eyes, angling the knife a bit inward and under the eyes so you can remove the little strip of flesh that contains the row of spiky and sharp eyes. Continue this process until every line of eyes has been removed. 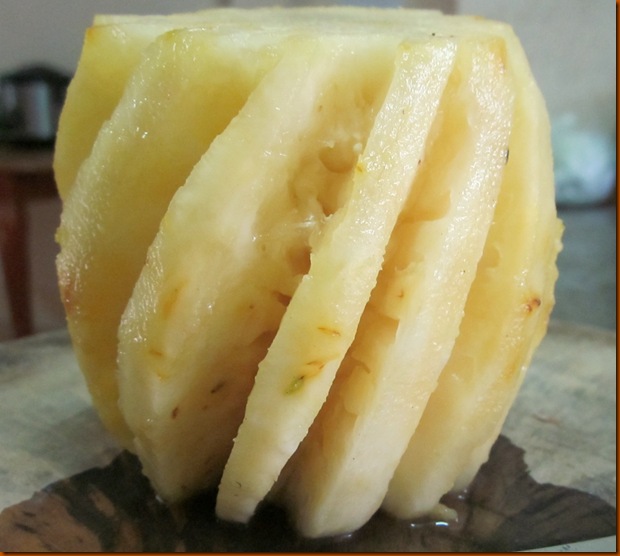 Et voila! Your de-eyed (oh, the violence!) pineapple is ready to eat.

I’m not going to lie. This method is more work and requires a bit of knife skills, but it conserves more of the delicious pineapple so the fruit can end up in your belly instead of in the compost.

Posted by bliss vagabond at 9:56 AM