“How many countries have you been to?”

I can’t tell you how many times I get asked this question. No really. I literally can’t tell you because I’m not in the habit of keeping track of things like that. Which means I don’t have an answer when posed the number of countries question. Oh sure, if I sat down and took a few minutes to recollect I could tabulate something. But what would that number mean?

At the risk of appearing to peddle in broad stereotypes, I want to add that it is usually only men who are fascinated by the “score”. They hear that I’ve been traveling for a few years now, tell me they’ve been to thirty-seven countries—but it’s actually more because that’s counting Yugoslavia back when it was only one country—then ask to hear my country count. And again I wonder, what does that number really mean?

I lived in Turkey for over six months, learning Turkish, meeting families, speaking with hundreds of people, being invited into countless homes, and making lifelong friends. These experiences certainly speak more to who I am and what I’ve seen than any number could do. It seems too reductive to wear Turkey as just another notch on my traveler’s belt. 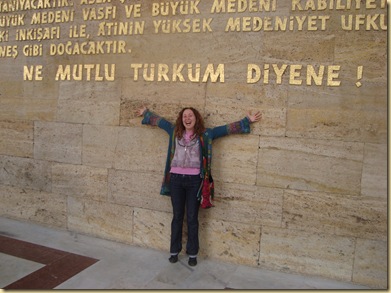 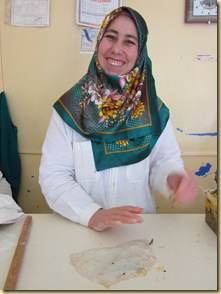 “How Happy I am to be a Turk!” and a lovely woman in Adana making ıspanklı gözleme (spinach crepes similar to these).

I spent a day in Ukraine on a botched layover. Am I supposed to include Ukraine in my list? Sure, I experienced Ukrainian customer service (dour), witnessed cultural activities (beer, lots of beer), and sampled the local cuisine (peanut halvah and great wheat bread), but have I really experienced enough of Ukraine to add it to my list? 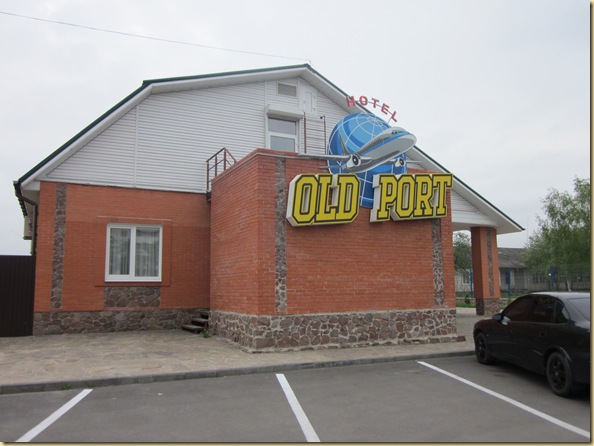 The extent of my Ukrainian sightseeing

This is the crux of my problem with tallying countries. What exactly does it represent when you add a country to your list? Does it simply mean you’ve been there or does it stand for something more? Does it mean that you’ve spent quality time there, learning as much language as you could, meeting as many people as you could? Can I ask you for advice on every single country on your list? Will you have anything meaningful to say? And once you’ve added a country to your total does that discourage you from going back—since to do so would not bump up your numbers?

Though it would only take a few minutes of reflection, I won’t be tallying up my travels into one neat little number, so please don’t ask me. Try asking an illuminating question instead. Try asking what I’ve seen, whom I’ve met, what I’ve learned, and what I’ve loved.

*Not to be crass, but I also had planned to write a whole analogy between tallying countries and tallying sex partners. In both cases, the only telling numbers are those on either extreme—very low or very high. Everything in between is a muddle which numbers cannot help illuminate.